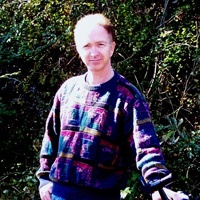 Astronomy has always been a great interest of mine as far back as early childhood, when I can recall lying under the stars on warm South Georgia nights as young kid, trying to fathom their great distances. At age ten, I was treated to the March 1970 solar eclipse, and since the path of totality was only a few miles from my hometown, I recall watching in awe as the street lights came on and almost total darkness filled the sky – I was completely hooked on all things astronomical. I spent many nights trying to memorize various constellations and many days bugging my teachers about which planets might be visible during a given night.

As a late teen, while “cruising” with a close friend one Friday night, I was treated to a fireball that dropped quite slowly directly on the horizon in front of us, spewing sparkly fragments and lasting two or three seconds. I was inspired enough to learn about the various showers, and from that year forward always made attempts to catch the Perseid meteor shower each August, though inclement skies seemed to prevail as often as not, and I generally didn’t know for many years that the radiant wasn’t up until late evening.

Still, I was treated to quite a few earth-grazers over those years and during clear nights the shower never disappointed, as say, Halley’s comet did – having bought a small telescope but finding the tiny ghost of an image nothing like the hyped predictions.

The great Perseid rates of the early nineties coincided with my college years, and having greater access to both popular and academic references to the return, I finally learned to stay up all night and was at last truly observing a meteor shower in all its glory. The ’93 return was cloudless and was the best meteor show I had yet to witness, topped off by an very bright fireball with a 1- 2 minute train, having an intense electric neon-blue color the likes if which I have yet to see repeated despite the several thousand meteors I have observed since.

With the advent of the internet and the approaching return of the Leonid peak years, I jostled my way into the meteor observing community and through constant questioning on the Meteorobs mailing list, and the weekly NAMN internet chats, developed and began honing my observing skills. In 1999, I went out and observed every possible night in a diligent attempt to be a good observer and hopefully use those skills for any possible Leonid “storm” I might have the great fortune to catch. My diligence did finally pay off in ’97, ’98, and, of course, especially in 2001 and 2002.

My offer to work as a volunteer for the AMS was taken up by Bob Lunsford and in 2003 I became the AMS Visual Program Coordinator, and while I was not able to get out and observe on the schedule I had set for myself a few years earlier, I still managed to be a year-round observer and my passion for all things meteoric has never abated. I currently split my time living in both Atlanta and the small sleepy hamlet of Swainsboro, Ga, and given work and health considerations, I must extend a warm, gracious thanks to Bob for stepping in and pulling up my slack this past year and I fully hope to resume year-round observing in 2009.