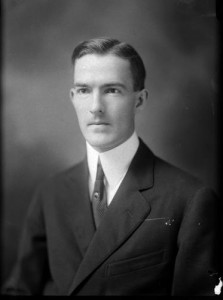 McCormick Observatory astronomers spread throughout the nighttime Virginia countryside with their cameras. It was a full moon-lit night but if the Leonids stormed, it would not matter because the sky would be filled with bright meteors. Assisting one observatory staff member with his photographic apparatus was a fifteen-year-old lad from Charlottesville, site of the observatory. Charles Olivier must have been severely disappointed when only a few Leonids appeared that night. Years later, he would write that the 1899 Leonid fiasco set back public interest in meteors for many years. However, it did not extinguish his passion, because two years later, Charles’ first meteor report appeared in Popular Astronomy, the leading national magazine for amateur astronomers. He continued to be fascinated with meteoric phenomena and would publish meteor related studies for the next 73 years.

Charles P. Olivier was born 10 April 1884 in Charlottesville, Virginia, site of the University of Virginia. His parents owned a college bookstore. They rented rooms in their rooming house to university faculty and hosted dinners to which faculty were invited. One frequent guest, Professor Ormond Stone, was the observatory’s director who encouraged young Charles to become an astronomer. Stone taught him to use the 26-inch Clark refractor and smaller observatory telescopes. Charles began studies at University of Virginia in 1901 and earned a bachelor’s degree in astronomy in 1905. While an undergraduate in 1904, Olivier became convinced that a prominent English amateur astronomer, William Frederick Denning (1848-1931) was wrong in his belief that a meteor shower could radiate from the same sky coordinates for weeks and months. Denning called these anomalies stationary radiants. Dr. Olivier’s 1911 doctoral dissertation, using his own observational data from 6200 meteors, was an attack on stationary radiants.

Five months after receiving his Ph.D. in astronomy, Olivier, now an associate professor at Agnes Scott College in Georgia, volunteered to lead the meteor section of the Society for Practical Astronomy, a Chicago amateur’s astronomy club. In doing so, he simultaneously founded the American Meteor Society. AMS members’ meteor plots from 1911 to 1931 furnished the data that Dr. Olivier used to demolish Denning’s arguments for stationary radiants.

His professional career continued at the University of Virginia (1914-1928). While there, he joined the observatory staff’s program in which stars’ parallaxes were determined photographically. This research allowed him to discover a number of new double stars. By the end of his career, he tallied 198 double star discoveries. Dr. Olivier’s other telescopic work at McCormick involved determining the visual magnitudes of stars in variable star fields. During a sabbatical from his academic and observational duties, 1923-1924, he performed library research at the United States Naval Observatory. The outcome was Meteors, published in 1925, a book that reviewed what was known about meteor showers and their observation techniques, meteor height determination, the relationship between comet and meteor stream orbits, and meteorites. Dr. Olivier also elaborated on the reasons that stationary radiants were impossible, including how past observational practices and data reduction errors contributed to the mistaken concept. His work at McCormick Observatory was rewarded by being named Secretary of the American Astronomical Society’s Committee on Meteors, in 1916. In 1925, Dr. Olivier was further honored by being elected President of the Meteor Commission of the International Astronomical Union. Two years later, contributions to double star studies merited his appointment to the IAU’s Commission on Double Stars.

Dr. Olivier’s accomplishments earned him the chairmanship of the astronomy department at the University of Pennsylvania (1928-1954), and the directorship of its Flower Observatory. He used the observatory’s 18-inch Brashear refractor to make micrometric measures of double stars and visual estimates of comparison stars’ magnitudes in variable star fields. As director, he was able to schedule some of his graduate students’ time to the reduction of meteor data submitted by AMS members. Dr. Olivier also found funding to employ an assistant to compute fireballs’ paths and orbits.

Throughout his years at McCormick and Flower Observatories, he wrote hundreds of “Meteor Notes” in Popular Astronomy. Each article summarized AMS members’ observational results for annual meteor showers. He also used the monthly opportunities to instruct AMS members in proper observational procedures. Ever the coach to young observers, he used the Notes to praise involvement or cajole members’ participation in meteor campaigns. Dr. Olivier was generous in praise for work well done and equally withering when members’ efforts disappointed him. While at Penn, he published his second book, Comets. The 1930 book was a popular treatment of the comets he had observed and included a chapter about the disastrous effects a comet’s collision with Earth would have upon humanity. Intended as a sequel to Meteors, Comets described how meteor showers were related to parent comets.

Dr.Olivier retired to an emeritus professorship in 1954, at age 70. However, he continued to lead the AMS and publish members’ observational results for another 19 years. In 1973, he selected Dr. David D. Meisel to be next AMS Executive Director. Dr. Olivier published his last meteor analysis, a catalog of hourly meteor rates for each day of the year, in 1974, at age 90. Dr. Olivier died shortly after the Perseid shower maximum on 14 August 1975. He was survived by his wife, a sister, two daughters, grandchildren, and a great-grandchild.

In addition to Dr. Olivier’s scientific contributions to double star, stellar photometry, and meteor astronomy, he was a tireless astronomy popularizer. He gave public lectures, radio interviews, and wrote newspaper articles to communicate astronomical information to the public. In newspaper articles, he frequently asked for citizens’ help to document fireball occurrences. He also used the media to ask the public’s help to monitor the Leonid meteor showers during the 1930s. Hundreds of people who never before studied the sky participated in these Leonid campaigns. It could be argued that Dr. Olivier’s greatest contribution was as an educator and mentor. He helped two generations of young people develop the discipline needed to engage in scientific pursuits as well as the character needed for adulthood. Some of his protÃ©gÃ©s credited his guidance and influence with redirecting them toward constructive life goals. Dr. Olivier’s example led some AMS members like David Meisel, Charles Worley, Donald MacCray, and Clinton B. Ford to become noted professional astronomers. I. M. Levitt and William Blitzstein were two of Dr. Olivier’s graduate students who also became professional astronomers.